The Problem: It’s Bigger than an Ocean

When most people think of plastic pollution, they think of huge floating islands of plastic waste in oceans.  And they are correct. The oceans host vast amounts of plastic waste that breaks down in water and harms aquatic life. It also breaks down in our rivers and lakes, polluting our home waters far from any ocean, including the Huron River. Some of it is big enough to see and the rest are pieces so small, you need a microscope to see them.

Microplastics in the Great Lakes and the Huron River

Microplastics are tiny pieces of plastic (less than 5 millimeters/0.04 inch) and are mostly invisible to the naked eye.  They slough off of articles of clothing when they are being washed and fall off of decomposing plastic bottles, bags, and other debris.

Scientists have found microplastics nearly everywhere, including oceans, lakes, rivers, and aquatic animals. Fibers, which contribute the most to our local microplastics pollution, are washed into our streams and rivers after synthetic clothes and textiles, such as fleece and athletic gear, are laundered. These fibers are so tiny, they are not filtered out during the water treatment process.

Where Does it Come From?

Microplastics can be harmful to humans, as well as wildlife through:

(source: USGS)
Research on the human health impacts of ingesting microplastics is in its infancy. More data is needed on how the different types of plastics we consume affect us and the impacts of how we ingest them such as eating contaminated fish, drinking liquids, and breathing in dust. Here is a report from a 2017 Microplastics Expert Workshop convened by the US EPA that discusses existing and needed research.

There is good news

Now that we know synthetic microfibers, such as polyester and nylon, are largest sources of microplastics in the Huron River, we can be strategic about where to focus our local efforts.

TOP 5 things you can do to reduce pollution from microfibers 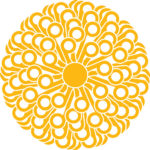 *HRWC has no more Cora Balls in stock. Please get them directly from Cora Ball.

Ban all Plastic? Not so Fast. It’s complicated.

Plastic pollution is a worldwide issue that requires global changes. The issue is complicated. Plastics replace materials we would otherwise need to extract from natural resources. And it doesn’t take as much energy to produce some plastics so there are fewer carbon emissions in the production cycle. (Since carbon emissions contribute to climate change, the fewer the better.) Plastics enable us to preserve food for longer so there is less waste. Below is a 9-minute video that does a great job explaining the complexities.

Here’s What Else You Can Do

Studying microplastic pollution is a newer field of study and we do not have a lot of data on how prevalent this pollution is in our local creeks, river, and lakes.  HRWC created a special net to capture the fine fragments and we are attempting to find out where the more concentrated areas reside.  We are also getting the word out via our Catch the Plastic campaign.

Stay informed by signing up for our email updates and news

“Swimming in Plastic, Microplastics are found throughout the Huron River”(pdf) HRWC Newsletter article (2017)

This 9 minute video by Kurzgesagt and the UN Environment does a great job at explaining the complexity of plastics in our world:

Made possible in part by funding from the

Microplastics Pollution in the Huron River