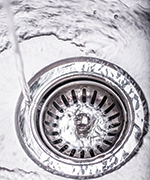 On the drinking water front, read news about Michigan’s new lead rules and plans at the federal level to learn more about cyanotoxins. Green infrastructure is getting attention with projects in Detroit and Wixom. And households are using significantly less water than they were 30 years ago thanks to efficiency standards.

Projects In Wixom, Dexter, Chelsea & Highland Township Selected For Funding
A recent number of grants from the Southeast Michigan Council of Governments will be making their mark in the Huron River watershed. The communities of Norton Creek will undertake some green infrastructure planning. Wixom, Dexter and Chelsea have received funding to tackle transportation projects to improve trails systems.

Americans are Conserving Water Like Never Before, According to the Latest Federal Data
Domestic water use has dropped from 112 gallons per day, per person, in 1980 to 82 gallons per day in 2015. This 27% decrease in water use is due in part to several federal policies, including those that established efficiency standards for water fixtures and appliances. While this success should be celebrated, our water use is still much higher than in other wealthy nations and there are a lot of gains still needed with the biggest water uses — industry and agriculture.

Regulators Will Soon Know A Lot More About Algal Toxins in U.S. Drinking Water
EPA is requiring drinking water facilities throughout the nation to monitor for cyanobacteria.  Blooms of these cyanotoxins can result in drinking water advisories, including the one that shut down Toledo’s water supply for several days in 2014. Monitoring will occur over the next two years as part of the Safe Drinking Water Act. This will give utilities and regulators a much better picture of the extent of the problem which will inform solutions.

Michigan Set to Adopt Strictest Lead Water Rules in Country
New rules will set action levels for lead in water that are stricter than the current federal level. The rules also call for the replacement of all lead services lines in the state. While there are still challenges to implementing the rules, particularly the financial burden, they are a step in the right direction to ensure safe drinking water for all Michiganders.

Using Green Infrastructure to Reduce Flooding
Listen to a brief piece on the role of green infrastructure to reduce flooding in urban areas.  Green infrastructure is a stormwater solution that has multiple additional benefits in built environments such as beautification and green space protection. The story is told through an example of efforts in Detroit to protect residents from flood impacts.

Posted in News to Us